Coventry sits in the heart of England and is perhaps best known for its Coventry Carol and Lady Godiva. Today it is a bustling city with a lively creative populace and a famous mix of old and new architecture. Indeed, it is going to be UK City of Culture 2021. 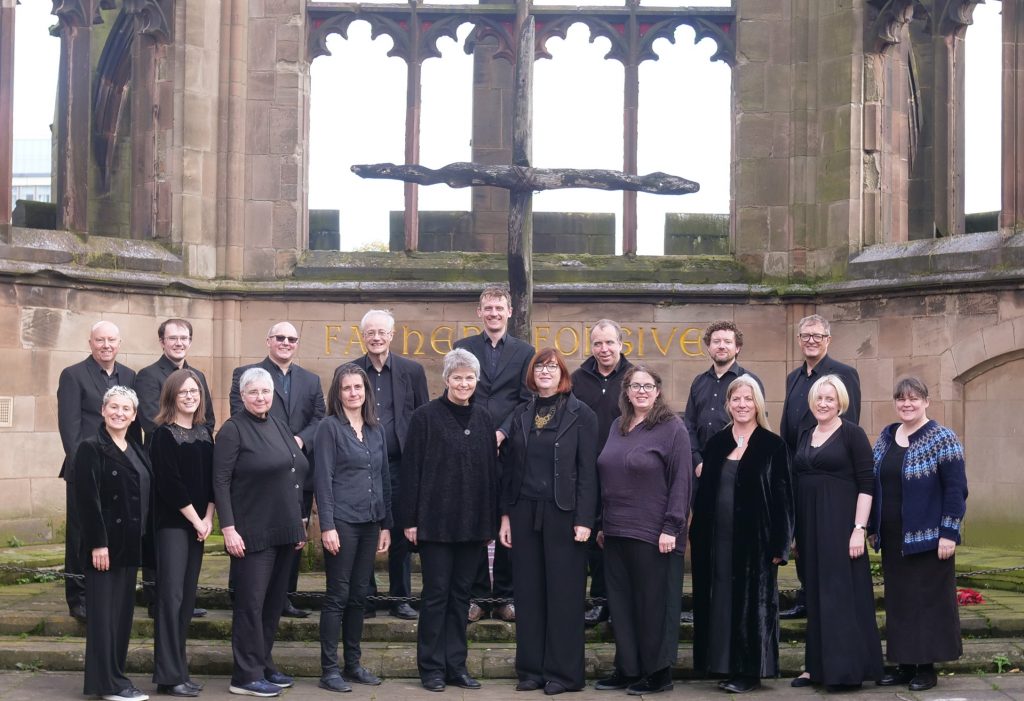 The Singers sang in one of Coventry’s oldest churches and its impressive cathedral in October 2019. Holy Trinity Church, which dates from the 12th century, was destroyed by fire in 1257 but, amazingly, survived the Blitz in 1940. The must see is the painting of the Last Judgement dating from the 1430’s. The Singers gave a well attended concert here at 4 pm on Saturday 19 October.

The concert included a performance of Edmund Hunt’s amazing Vita Hominum which we premiered in Newcastle in December 2018. The premiere was recorded and broadcast by BBC Radio 3 last January and we have since performed it in Durham Cathedral and St Giles Cathedral in Edinburgh. We a created a special performance of this piece in the nave of Coventry Cathedral on Sunday 20 October at 2.30 pm.

Coventry Cathedral is one of the most iconic buildings of the 20th century. The previous cathedral was destroyed during the Blitz along with much of Coventry. It was rededicated in 1962 when Benjamin Britten’s War Requiem was memorably premiered and broadcast live. The Singers sang the services here on Sunday 20 October for the 10.30 Sung Eucharist and the 16:00 Choral Evensong.

We had a wonderful time, and it was a great joy to be able to sing in these two beautiful churches. 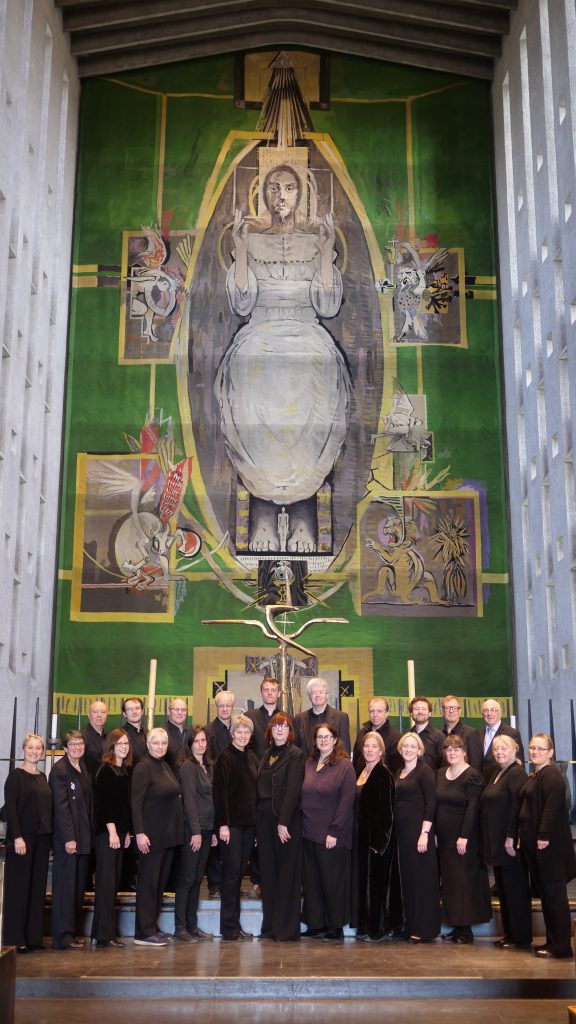